How to Know You’re Ready for the Mission Field 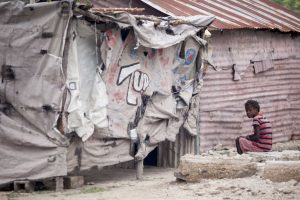 I’m coming up on my two year anniversary of living full time in Haiti, and I frequently get asked the same question: “How did you know you were called to the mission field?”

And it is almost always followed up with, “How did you prepare to go?”

I was reading Exodus 31 a few days ago, and I felt like the Lord was teaching me something really powerful in response to those questions. Before I had almost always just answered, “I felt like the Lord called me, and over a series of several years, the Lord prepared me to go.”

Every word of that is truth, but I could sometimes see in the eyes of those that had asked me that it wasn’t the answer that they had wanted. I know so many people that feel like they have been called to the mission field but don’t feel like they are equipped or have the gifts and talents to be effective.

“The Lord spoke to Moses: Look I have appointed by name, Bezalel son of Uri, son of Hur, of the tribe of Judah. I have filled him with God’s Spirit, with wisdom, understanding, and ability in every craft to design artistic works in gold, silver, and bronze.”

Let’s break this down real fast.

First off, God knows your name. The Creator of the universe, the King of Kings, and the Lord of Lords knows your name. You are such a delight to Him that He not only took the time to perfectly form you but to know you too!

Second, He has APPOINTED you! In Ephesians 2:10 it says, “For we are His creation, created in Christ Jesus for good works, which God prepared ahead of time, so that we should walk in them.”

As Christians, we have work to do. God has called us to something great, something that gives all Glory to God the Father, and we get to be a part of that.

Lastly, God equips us! He gives us His Holy Spirit. When Jesus ascended, He said He would be with us always. As a Spirit-filled believer, you are equipped. Sometimes that looks like having to be trained over a series of weeks, months, or even years, but the timing of the Lord is always perfect.

I knew when I was 11 that I wanted to be a missionary. It wasn’t until I was 21 that I knew that the Lord was calling me to Evangelism. I experienced an agonizing two years of waiting on the Lord before He started to train me in sharing the Gospel. And it was over a year before I was finally moving to Haiti full time.

The Lord was preparing, equipping, and refining me over a period of 11 years (and still is), in such a way that will bring Him the most glory.

If you feel like the Lord has called you to missions but don’t see any doors that are opening, then take this opportunity to go before the Father and ask Him what you can learn, be refined in, and be challenged in that will bring Him the most glory.

Please don’t listen to the lie that you are not good enough, don’t have the right gifts, or aren’t holy enough to be a missionary. If the Lord has put missions on your heart, trust Him in His timing and be willing to be refined and prepared. I’ll be the first to say, missions is a challenge and a sacrifice, but working alongside the Lord in the capacity that He created me for has been such a joy and a privilege.

By: Jacklyn Vanderpool, LiveBeyond’s Spiritual Life Coordinator, Team Coordinator; reposted from her blog Hands and Feet to the Nations.